8.8 million [1]
"His Last Vow" is the third and final episode of series three of Sherlock. It was written by Steven Moffat and directed by Nick Hurran.

In the final episode of this series, a case about stolen letters leads Sherlock Holmes into a long conflict with Charles Augustus Magnussen, the Napoleon of blackmail, and the one man he truly hates.

Several high-ranking Government officials are questioning Charles Augustus Magnussen about his frequent meetings with the Prime Minister. He later meets Lady Elizabeth Smallwood, one of the officials, and blackmails her using information about her husband's past. She reluctantly obliges, and on her way home, decides to seek the services of Sherlock Holmes.

John Watson wakes up in the morning beside his wife, Mary. A distressed neighbour comes to them to ask for help regarding her drug-addicted son, who did not return home the previous night. John and Mary drive to the drug-den, with John finding the son, and surprisingly, also an undercover Sherlock. John is mad at Sherlock for abusing drugs (which Sherlock denies doing and insists that he is working incognito on a case) and not contacting him for a month after the wedding. They go to Bart's, along with the door guard who John injured but thought his arm was broken. There Molly tests Sherlock's urine for drugs and repeatedly slaps him for his reckless behaviour. They all realise that the drug-den door guard, Bill Wiggins, has impressive skills in the deduction.

Back at the apartment, Anderson helps John search for drugs, much to Sherlock's annoyance. Mycroft realises that Sherlock is working against Charles Augustus Magnussen, a newspaper owner who blackmails people and warns him not to. Sherlock is adamant and plans to meet Magnussen; however, his plan does not work out the way he wants it to. Magnussen visits Baker Street to intimidate Sherlock and refuses to enter negotiations over Lady Smallwood's stolen letters, and is careful to make Sherlock aware that he knows of "Redbeard", but avoids elaborating. The business magnate deliberately urinates in the fireplace, mainly to show that he can.

John is also baffled to find Sherlock in a relationship with Mary's bridesmaid, Janine until he learns that Janine is Magnussen's assistant and the liaison a ruse. Using her help, Sherlock and John break into Magnussen's apartment, only to find that Janine and a guard are unconscious. Sherlock goes upstairs to investigate but is shocked to find Mary holding Magnussen at gunpoint. Mary shoots Sherlock, who harnesses all his mental powers to stay conscious, including remembering his childhood dog, the mysterious "Redbeard", who was put down. He is taken to the hospital. In his mind palace, he is fighting to stay conscious through the pain while Moriarty mocks him. In the real world, Sherlock's vitals are dropping. His heart stops beating in surgery, while the doctors are prepping for surgery, and the doctors fail to revive him. When his "mind palace-self" fights back and escapes Moriarty, his real-world self makes a comeback. He wakes up in surgery (from pre-op sedation) and mutters "Mary". The next morning (only hours later) John announces to Mary that Sherlock is stabilised. Mary visits the steadied, yet in critical condition Sherlock, and tells him to keep the shooting incident between them. Sherlock fades away, falling back asleep.

Janine realises that Sherlock used her and retaliates by turning down his pain medication and talking to tabloids. She visits Sherlock, the afternoon after the shooting, to taunt him, now that he has stabilised and conscious. John begins to suspect something about Mary. John brings Lestrade to the hospital to question Sherlock about the shooting.

Sherlock runs away from the hospital and arranges a confrontation with Mary, who confesses to having a past as a secret agent and assassin, for which Magnussen is blackmailing her. It is also confirmed she intentionally shot Sherlock in a non-lethal spot and called an ambulance, and she says she is desperate to keep John in the dark as she loves him. John, however, witnessed the conversation and is in turmoil.

Back at Baker Street, Sherlock points out to John that he is addicted to a dangerous lifestyle and was most probably attracted to Mary because of her hidden past. The three talk and Mary gives John a memory stick containing information on her, marked with her right initials. The flash drive is labelled "A. G. R. A". She also tells him the contents will destroy his love for her. Sherlock then proves that Mary had called London "999" before John when Paramedics appear after being told that there was a shooting. Sherlock refers to a shooting that happened prior. With the paramedics present, Sherlock faints from pain from hypovolemia and is treated on the scene. In the apartment, while the paramedics restart Sherlock's heart, at his request, John thinks over what Mary and Sherlock had explained to him. On Christmas, after sitting on the memory stick for a few months, John decides to destroy it without reading it and to love Mary regardless, much to her relief.

(Although he does admit he is still "basically pissed off" with her.)

The couple spends Christmas with the Holmes brothers (and Wiggins as well) at their parents'. Sherlock drugs everyone, with the help of Wiggins except John and takes him to Magnussen's country property, Appledore, which is supposed to contain his blackmailing archive. During their confrontation, Magnussen explains his purpose in putting pressure on Mary was to arrive at Mycroft via John and Sherlock. Magnussen also reveals he was the one who had John abducted and hidden in a bonfire (in "The Empty Hearse") to confirm that John is Sherlock's "pressure point". Sherlock offers to buy Magnussen's information on Mary with the state secrets contained in Mycroft's laptop. Still, he realises immediately Sherlock is setting up a trap: security services looking for the portable computer will raid his vaults, find their contents and arrest him as a blackmailer. However, Magnussen triumphantly reveals that this plan can't work because Appledore's vaults don't physically exist, but are instead his mind palace. By giving Magnussen Mycroft's laptop, Sherlock and John are now guilty of attempting to sell government secrets and can be imprisoned for high treason, whereas Magnussen remains legally untouchable.

To pass the time until Mycroft's government forces arrive, he demonstrates his control over Sherlock and John by taunting them while repeatedly flicking John's face. When Mycroft and the police arrive, a distraught Sherlock shoots Magnussen in the head knowing its the only way to free them and everyone else from his power.

Sometime later, Mycroft convinces the government to spare Sherlock a trial and, as an alternative punishment, press him into a highly dangerous MI6 mission to Eastern Europe. John and Mary fondly bid goodbye to Sherlock, thinking that it is their last encounter, and Sherlock boards the plane. However, within minutes, TV screens all over England are hacked to broadcast a loop of Jim Moriarty asking "Did you miss me?" Thus Sherlock's flight is turned around, and he is summoned back.

"I still don't understand."
"You should put that on a shirt."
―John and Magnussen
"Oh, do your research. I'm not a hero; I'm a high functioning sociopath. Merry Christmas!"
―Sherlock, shooting Magnussen and ending the man's reign of terror
"How's exile, brother dear?"
"I've only been gone four minutes."
"Well, I certainly hope you've learned your lesson. As it stands, you're needed."
"For god's sake! Make up your mind. Who needs me this time?"
(Moriarty's broadcast plays over and over)
"England.""
―Sherlock is saved from a fatal assignment thanks to Moriarty's return 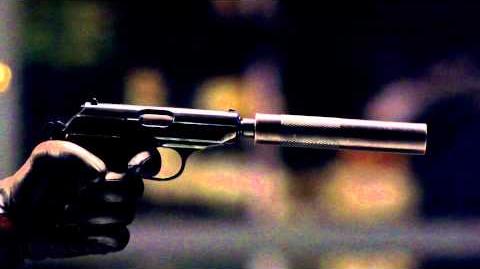 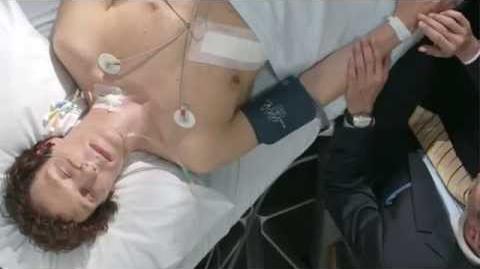 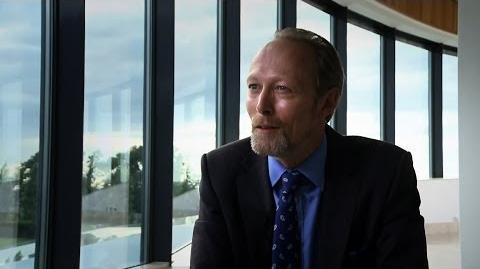