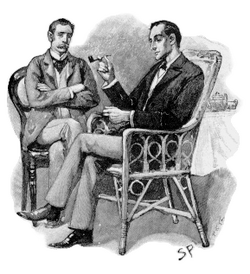 Sherlock Holmes is a fictional detective of the late 19th and early 20th centuries, who first appeared in publication in 1887.

He was devised by British author and physician Sir Arthur Conan Doyle. A brilliant London-based detective, Holmes is famous for his prowess at using logic and astute observation to solve cases.

Today, he is one of the most famous fictional detective character, and indeed one of the best known and most universally recognizable literary characters.Through multiple adaptions, he is the most portrayed fictional character. The stories of Sherlock Holmes are also second in world wide sales.

Meet the jury for the 75th Cannes Film Festival  Moneycontrol...