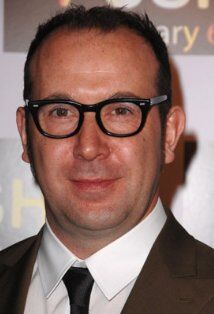 Paul McGuigan (born 19 September, 1963; Bellshill, Scotland) is a film director who has directed four episodes of Sherlock. He is best known for directing films such as Lucky Number Slevin, Push, and several episodes of Monroe. He has been complimented for his directing style on Sherlock, which has been described as "inventive".[1]

Paul revealed on his Twitter page on 9 March, 2013, that he will not be returning to direct series three of Sherlock.[2] He also said that Sherlock was "one of the most fulfilling experiences of [his] working life as a director".[3]

Retrieved from "https://bakerstreet.fandom.com/wiki/Paul_McGuigan?oldid=45363"
Community content is available under CC-BY-SA unless otherwise noted.